Reuters last week quietly ended a 156-year tradition which, more than any other, defined its character. The walls did not come tumbling down. And while for some the change might have come sooner, and for others not at all, I think it could not have come at a better time.

In a blog entry Editor-in-Chief David Schlesinger announced that Reuters had begun publishing commentary written by editorial staff (Reuters also announced this change with an obligatory but quaint wire advisory). The ubiquity of "debating" partisans on cable news networks and the vitriole in what is still sadly called "the blogosphere" may make this change seem less than revolutionary. Or, for that matter, not even particularly newsworthy.

But for Reuters, whose dedication to the principle of unbiased reporting stems from its desire to be an honest broker of news from every boardroom and battlefield, this is big news. It comes despite an unambiguous editorial policy about the sanctity of impartiality:


We are committed to reporting the facts and in all situations avoid the use of emotive terms. The only exception is when we are quoting someone directly or in indirect speech. We aim to report objectively actions, identity and background and pay particular attention to all our coverage in extremely sensitive regions.


We do not take sides and attempt to reflect in our stories, pictures and video the views of all sides. We are not in the business of glorifying one side or another or of disseminating propaganda. Reuters journalists do not offer their own opinions or views.

This policy was sorely tested in the immediate aftermath of the 9/11 attacks, when Reuters seemed eerily alone in avoiding any form of the word "terrorist" to describe the attacks themselves or their perpetrators. Reuters took salvos from every side but remained resolute at what seemed great potential harm to its public image. Such was its commitment to even the appearance of impartiality.

But Reuters' aversion to publishing house-generated opinion as a means of appearing consistent about unbiased reporting required increasingly tortured logic. Reuters already published columns by freelancers -- many former staff correspondents -- and even third-party material from other news organizations that didn't always calculate the news-opinion divide in the same way. The struggle to seem chaste looked contrived at best and incomprehensible at worst.

Reuters has always published in-house analysis and enterprise pieces that drew conclusions, based on expert opinion sought and cultivated by reporters who strove to speak with no voice. A year or so ago Reuters dipped its toe in the undiluted opinion waters by taking a stake and becoming a customer of "Blogburst," a service which syndicates blogs by topic and publishing them alongside news on reuters.com. A significant part of the offering on its Africa news site is based on blogs aggregated by Global Voices.

The world not having come to an end after these experiments, that opinion soft launch has now gone mainstream. In his entry, entitled Argument without Invective, Schlesinger describes a kinder, gentler, approach to taking sides:

What these columns, and the ones that will join them, have in common is a mixture of facts expertise and a point of view. They won't engage in screeching name-calling or invective; they will be challenging and controversial. Agree or disagree with them as you like, but please read, be stimulated and join in the debate.

Still, it is a baby step. Call this development Opinion 1.0, barely out of beta. Reuters has designated only three journalists from its corps of more than 2,000 to write opinion pieces and none will be involved in any reporting.

The good news is that one of these newly-minted columnists is Bernd Debusmann, one of the most storied and longest serving of Reuters' correspondents, who will be writing about global issues (which means anything he wants).

Debusmann's despatches from Poland during the crackdown on Solidarity showed at least one aspiring journalist just how great journalism could be -- and how depressingly obvious it was before he even got his first break how this wannabe could never be anywhere as good. I can think of no better voice to gently move Reuters forward into the inevitable future. 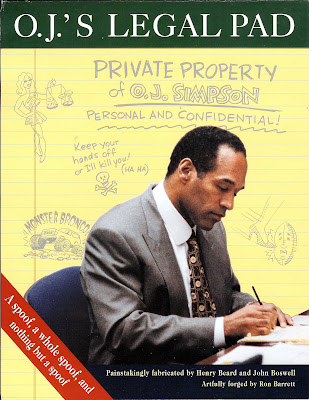